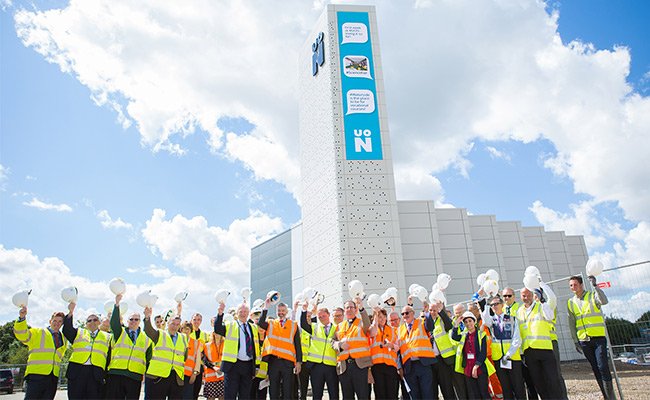 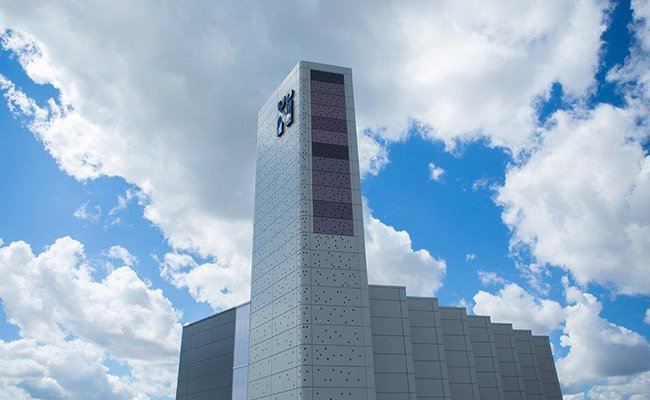 The new biomass energy centre at the University of Northampton’s Waterside Campus. 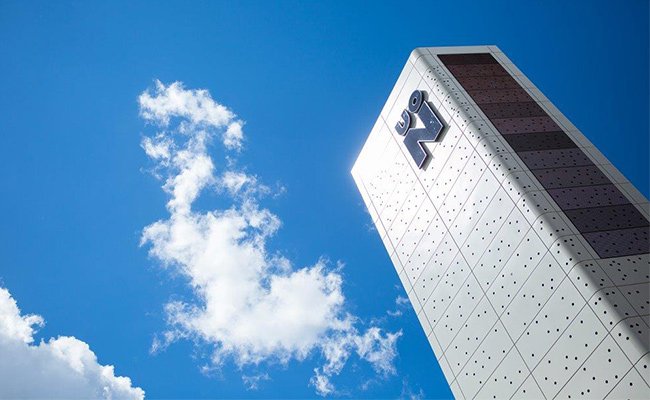 £6.5m biomass energy project at The University of Northampton’s Waterside Campus is officially opened to mark the completion of the project.

The £6.5m project has seen Vital Energi work closely with the University’s Project Management team at Mace to deliver a 1MW Biomass-powered energy centre following the completion of the 1.6km district heating network which will distribute the heat and hot water to 16 buildings around the campus. The energy centre uniquely features an LED screen, nicknamed 'UoN', on the flue shaft which has been incorporated to enhance the visual architecture of the building. See 'UoN' in action:

The biomass scheme has been designed to produce less emissions than traditional systems and will lower carbon emissions by over 1,000 tonnes initially. When the Combined Heat & Power Engine is scheduled to be added, this will increase to 2,200 tonnes per year which is the equivalent of taking 431 cars off the road annually.

Mike Cooke, Regional Director at Vital Energi commented, “Creating a renewable energy solution for a new city centre campus is an ambitious objective however the University have achieved this while demonstrating their commitment to sustainability. From the energy centres unique architecture and cladding, through to the LED screen on the flue shaft; creating a great example for industry.”

In addition to the biomass boiler, the energy centre contains three 4MW gas fired boilers and a 120m3 thermal store.

Bob Griggs, Project Director at the University of Northampton said, “We are delighted to have the opportunity to develop the University’s commitment to its sustainability agenda and environmental infrastructure has been a key factor in the planning and construction of the Waterside Campus. By working with Vital Energi we have a sustainable, future proof heating network which will service the campus well.”

This exciting development has seen the re-generation of a brown field site, transforming it into a vibrant, environmentally friendly campus, bringing the 58 acre site back to life and kick starting development in Northampton’s Enterprise Zone.