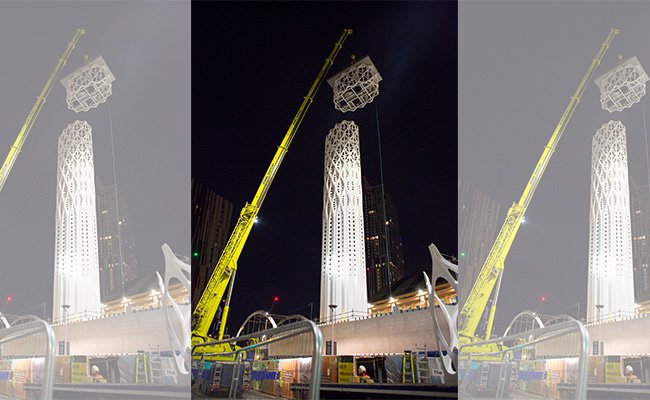 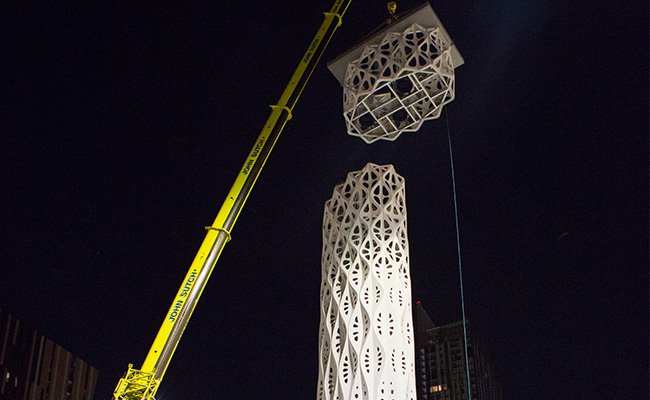 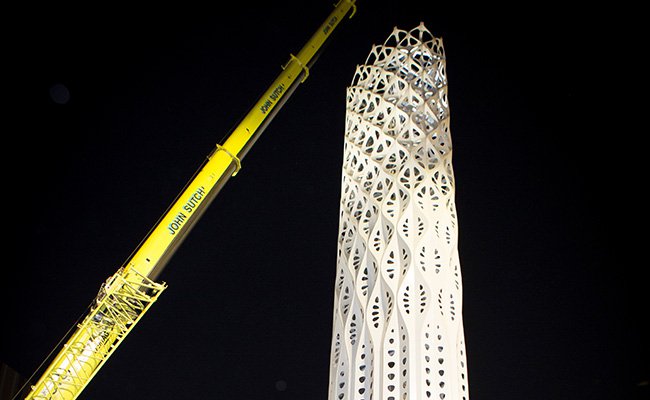 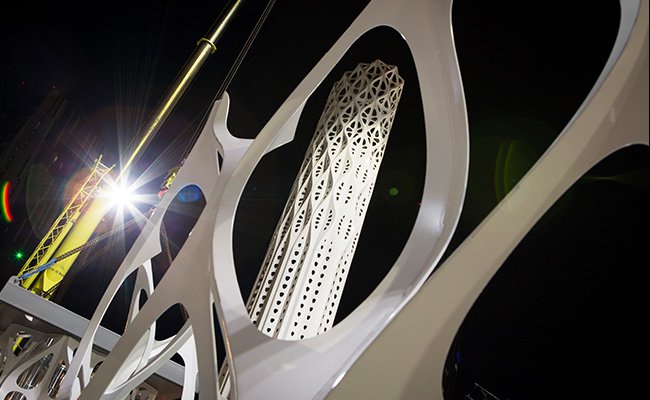 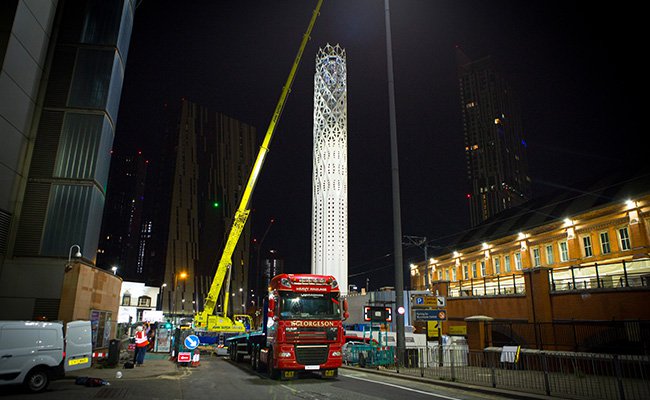 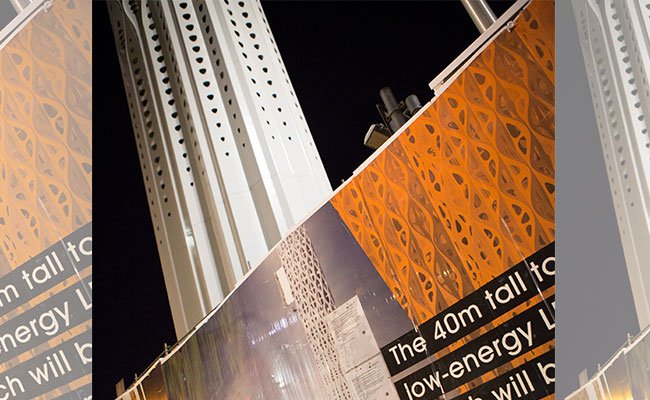 The final sections of the 40m high Tower of Light were installed on Thursday 30th July, marking a significant milestone in the Manchester Civic Quarter Heat Network project.   The completion of the Tower of Light construction concludes an almost three-year process.

The tower is made up of nine sections called “drums”, with each one measuring 4m wide, 6m long and 4m high, plus a 1.8m crown section.

Vital Energi carried out the works within a 4.5-hour period during the night. Once the project is complete, the Tower of Light will act as the chimney for the low-carbon energy centre.

The network will generate low-carbon heat and power for the city, helping Manchester to reach its ambition of becoming zero-carbon by 2038 at the latest.  It will initially serve seven iconic city centre buildings and has the potential to grow by connecting further buildings across the city centre in the future.  The first buildings to be connected to the network will be Manchester Town Hall and Town Hall Extension, Central Library, Manchester Central Convention Centre, The Bridgewater Hall, Heron House and the Manchester Art Gallery.

The scheme is projected to save an initial 1,600 tonnes of carbon emissions per year and the energy centre will become even more efficient as additional buildings are connected.

Containing a 3.3MWe CHP engine and two 12MW gas boilers, the energy centre will generate electricity and harness the recovered heat from this process for distribution via a 2km district heating network, which will supply heat for the buildings.

The scheme has been part-funded by a £2.87m grant from the Government’s Heat Network Investment Project (HNIP), with Manchester City Council being one of the first local authorities to receive this funding.

Senior Construction Manager for Vital Energi commented; “This project is much more intricate than a standard flue due to its complex geometry but will hopefully become an iconic part of Manchester’s skyline.  We’re delighted with how smoothly the installation went and we hope the people of Manchester will now enjoy it for many years.”

Manchester City Council's Executive Member for the Environment, Planning and Transport, Councillor Angeliki Stogia, said: "The Tower of Light is an impressive new landmark for Manchester and a symbol of Manchester's ambitious aim of becoming a zero-carbon city by 2038 at the latest.

"On completion, the Civic Quarter Heat Network project will realise significant carbon savings, supporting the council's current plan to halve its own emissions by 2025."