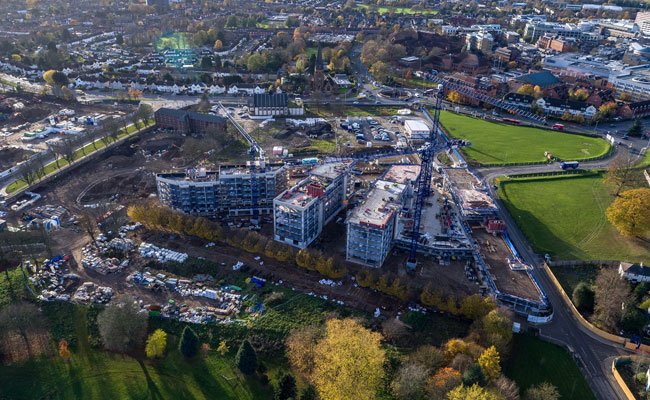 Aerial View, St. Andrew’s Park, which is being developed in a 50/50 joint venture by St. Modwen Properties and VINCI 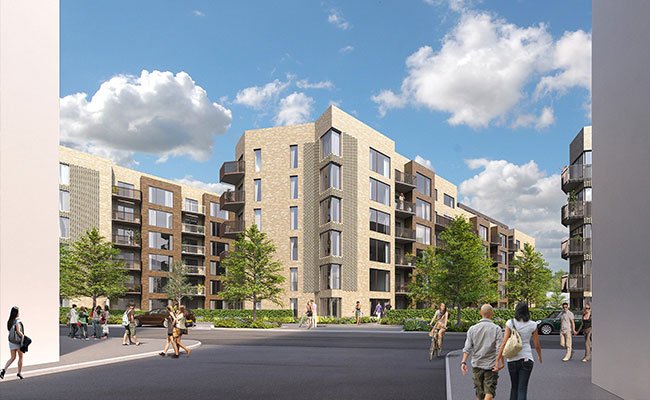 CGI, St. Andrew’s Park, which is being developed in a 50/50 joint venture by St. Modwen Properties and VINCI

The zero-carbon development requirements in the London Plan, which promotes Lean, Clean and Green development, have encouraged the implementation of district energy networks, which deliver significant energy efficiencies over traditional heating solutions. In the latest example of the growing adoption of this technology, Metropolitan alongside its partner Vital Energi announced today that it has been awarded the contract to design, build and operate the district energy network for St. Andrew’s Park, the new community being built near Uxbridge in the London borough of Hillingdon.

The new community, located on the site of the former RAF Uxbridge base, consists of more than 656 homes and 30,000m2 of commercial space including a hotel, a care home, a theatre and offices. The contract, awarded by St. Modwen Properties and Vinci PLC, is to supply low-carbon heat to all the buildings on the site.

Greater London Authority (GLA) building regulations stipulate that the target for both domestic and non-domestic developments in London is for a 35% carbon-emission reduction beyond standard building regulations. This ambition has led to the requirement that developers should prioritise connection to existing or planned district energy networks where feasible and the Mayor’s expectation is that localised decentralised systems, or district energy networks, will generate 25% of the heat and power used in London by 2025.

For St. Andrew’s Park, Metropolitan, assisted by Vital Energi, will build, own and operate a heat network and a gas-fired Combined Heat and power (CHP) energy centre. Metropolitan’s solution will provide a 30% saving on carbon emissions compared to the emissions from the more traditional solution of generating electricity separately from providing heat from individual boilers in homes. This delivery of low-carbon heat will contribute to the development meeting the zero-carbon requirement set out in the London Plan.

District energy is a very flexible heat solution enabling networks to be extended and heat sources to be changed as and when required. At St. Andrew’s Park, for example, a temporary energy centre will supply the initial 350 homes until the main energy centre is completed in 2021.

Residents and commercial customers at St. Andrew’s Park will directly benefit from efficient heat generation. Typically, district energy networks result in lower fuel bills for customers and Metropolitan have guaranteed that at St. Andrew’s Park heat costs will never exceed those incurred by a traditional gas boiler solution. Furthermore, the installation of heat interface units with smart in-house displays as part of the network, will allow customers to keep track of exactly how much heat they are using and will enable Metropolitan to monitor the efficiency of heat delivery and ensure that customers are billed on actual real time readings rather than estimated.

Metropolitan has extensive experience in designing and operating such networks, for example, at the prestigious King’s Cross development in London, also supported by Vital. There, the heat network has delivered higher-than-planned heat-generation efficiencies, achieving a CHP Quality Assurance Certificate QI rating 10 points above the expected level and customers have saved up to 5% on bills.

Richard Carter, Senior Construction Manager of St. Modwen Properties, said: “We are delighted to be working with Metropolitan on the St. Andrew’s Park development as we are committed to improve the sustainability and efficiency of our projects. They have a very strong track record in implementing district energy networks that deliver both carbon-emission savings and lower fuel bills for residents.”