The mixed use development at Camden Lock mixes residential, commercial and leisure facilities in the heart of one of London's most vibrant boroughs. Vital Energi worked with the main contractor and their partners to deliver both the energy centre and district heating network.

The Camden Lock Village scheme will see the creation of 50,000sqm mixed-use development to include 9,175Sq metres of employment space, including 195 residential units, a food quarter, converted railway arch commercial premises, a cinema and a school.

The scheme also include the refurbishment of the existing Network rail viaducts and the canal side public areas.

The scheme received planning permission in November 2012 and, due to there being no nearby heat network the development could connect to, we would create a new, basement level low-carbon energy centre and district heating and cooling network.  The system was designed by Hoare Lea with consultants Aecom acting on behalf of the developers Mace. 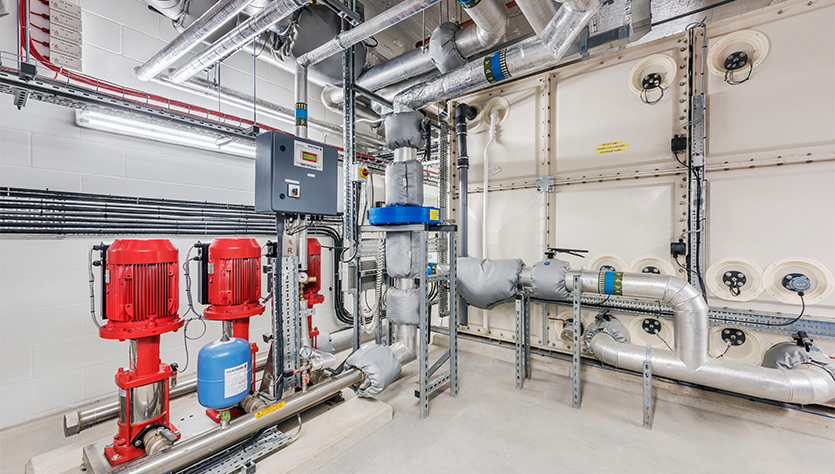 We have extensive experience of delivering low-carbon energy solutions in Camden and previous projects have included the King’s Cross development as well as the Somers Town heat network.

The energy centre is situated in the bottom basement (B2) level of the tower and Mace are taking an innovative approach to the project by simultaneously building from the ground up, whist also excavating two floors below, removing 50,000 cubic metres of earth.

As part of the development Mace constructed the largest basement on the site between two adjacent railway viaduct structures. They used a top-down method, constructing the basement floors during excavation of 50,000 cubic metres of spoil, to minimise soil movement and reduce overall construction time.

The Vital team had good industry and energy centre knowledge to bring to the project, they knew what they were talking about and had a very good level of communications, good reporting and good point of contact in the relevant teams.

As this energy centre was situated two floors below ground all plant was delivered via an open shaft known as a “mole hole” which was dedicated to plant movement operations.   Due to the congested nature of the site, deliveries were scheduled with consideration for other contractors to ensure there were no clashes and our team attended daily co-ordination meetings to exchange information and help create a schedule which was optimal for all involved.  Subterranean energy centres often require additional ventilation and this project included a mechanical ventilation solution to meet the necessary needs.

We worked closely with the client and their professional team to enhance the district heating network design.  The primary change was to substitute single pipework for twin pipe, which allowed us to reduce the size of the trenches… Something which was necessary on the congested site.

The single most significant challenge of the project relates to the Network Rail viaducts that pass through the site area. The lines sit on two 150-year-old brickwork structures which split within the site boundary, carving the already congested site into four separated areas. The lines operate 24 hours a day as combined passenger and freight routes, with only a few minutes between services. The project team have managed crane operations, foundation excavation, basement excavation and drainage installation while ensuring that the railway stays safe and operational at all times. 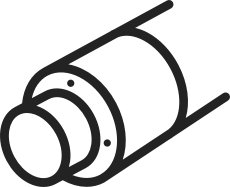 One of the restrictions imposed on the district heating is that we could only have 12m of trench open at any one time and no trenches could be left open overnight.  Ideally, without restrictions, we would choose to have 72m of trench open to facilitate quicker installation.    Despite the restrictions of the trenches, we were able to maintain progress by having welding and jointing teams with a full-time presence on site so that they could install when the trenches were made available to them.  This allowed the team to make maximum progress. Managing the District Heating Network on a congested Site.

Space restrictions on the site also made us handle district heating storage and manoeuvring in a different way.  Normally pipework and equipment would be stored in a secure compound, but due to the lack of space we stored materials off site, calling them in as needed.  Additionally, the swing radius of the crane was limited to 2.5m from the railway which saw the need to drop the DH in this area and then transport it into the final position.   The pre-insulated pipework used for district heating networks is normally delivered in 12m lengths, but on this project, in response to the restrictions, we used 6m lengths, which resulted in more welding, but allowed us to comply with all of Network Rail and Mace’s requests.

One of the issues which can arise on sites of this type are clashes with other services. To overcome these we held onsite co-ordination and daily district heating meetings.  This aimed to avoid clashes where possible and create solutions where not.  Some of the clashes involved oil lines and oil cooled power cables which had a 1m restriction zone around, so the on-site team would create small variations to the route to ensure the installation was installed safely, while performing optimally.

Despite having a number of restrictions on the project, we were able to work closely with Mace and other on-site contractors to develop good lines of communication and deliver the turnkey energy solution on another exciting decentralised energy project in the London Borough of Camden.