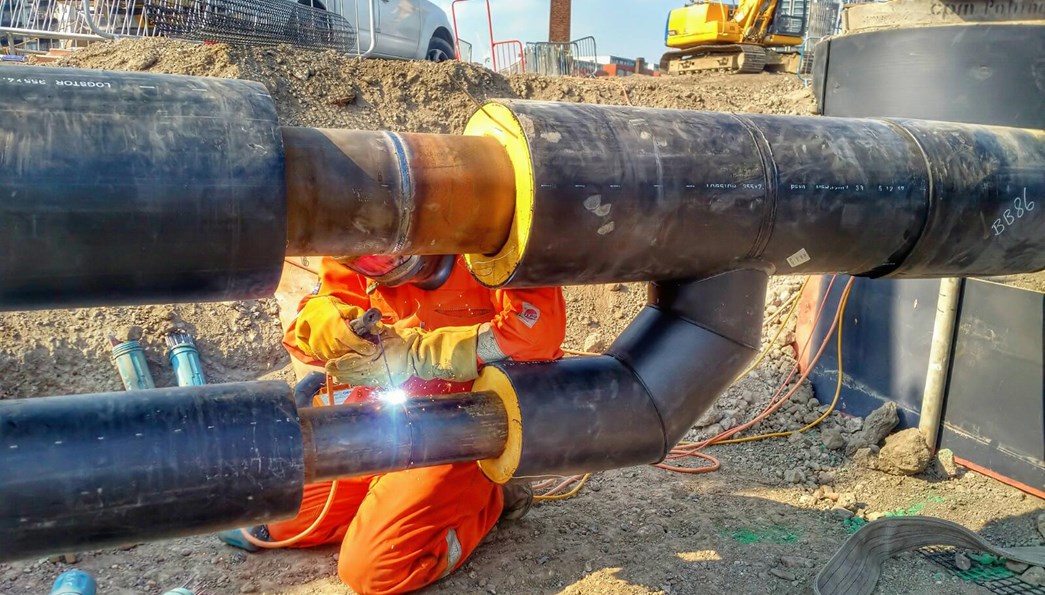 “This is a fantastic project to be involved in as it will allow Woking to grow and develop in a sustainable way, utilising low-carbon heat to meet the town’s needs. This scheme was designed with long-term growth in mind and will be able to meet Woking’s energy needs well into the future, providing a resilient, low-carbon energy infrastructure.”

When complete, the energy centre will produce enough heat and power to supply the equivalent of 2,500 homes and it’s first customers will be the new Hilton hotel, shops and over 400 apartments currently being delivered as part of the Victoria Square development.  The energy centre has been designed to be both scalable and highly flexible, capable of generating up to 10MW of heat, and adopting progressively lower carbon technologies over the next ten years.

The energy centre comprises a three-storey building at the junction of Poole Road and Butts Road, with energy plant and equipment based on the ground and first floors and a new headquarters for ThamesWey on the third floor.  The building is being constructed to be capable of upward extension of up to a further 17 stories of co-living space.  When complete the flues from the energy centre will measure 29.3m.

In addition to initial energy production by Combined Heat & Power engine and generator there will be gas boilers to add resilience and three large thermal stores which will serve the dual purpose of releasing stored heat during peak times of demand and adding an interesting architectural landmark to the development.