The Swansea Bay University Health Board (SBUHB) had planned a phased programme of energy conservation and generation measures, via the Re:Fit framework, with the support of Welsh Government and Salix Funding. Planned works included a range of energy conservation measures at eight of their highest use buildings as well as a 4MW Solar Farm which will provide electricity for Morriston Hospital 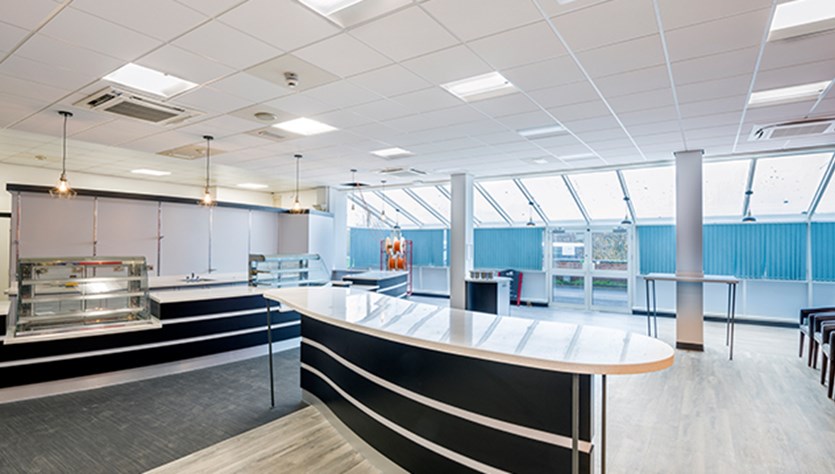 Vital Energi were chosen to deliver the investment grade proposals (IGP) for both the Energy Conservation Measure works and the Solar Farm Project.   This involved a detailed survey of the Health Board’s eight highest energy properties and identifying energy conservation measurers which would, not only deliver strong carbon reduction results, but would also generate a profit after achieving payback.

The IGP clearly details the carbon and financial savings for all suggested works and brings a level of budgetary certainty to the clients, as well as risk mitigation, by providing an energy performance contract which guarantees set targets for the course of the contract.

Once the IGP had been finalised and accepted by the client, we began the installation works and in addition to the technical challenges of replacing the aging infrastructure, we had the additional complexities of working in a live hospital environment during the Covid pandemic.  This meant we would have to work with the hospital to minimise disruption as well as working to the highest standards of health, safety and social distancing.

The hospital is a difficult site environment to work in anyway but with COVID it’s been amplified and Vital have worked well with us to implement the right measures under the restrictions. The solar farm has provided us a landmark project in Wales

Vital were very accommodating and mobilised on site well. Very good quality of installation and workmanship, complies and integrates with the hospital system well. They have been extremely collaborative; they have a good attitude and support us well.

SBUHB has a long-term carbon reduction strategy outlined in their Sustainability Report and the phased works delivered through the Re:Fit framework are seen as a key element in achieving their goals.
Eight of the Health Board’s highest energy using buildings have been upgraded including Morriston Hospital, Singleton Hospital, Gorseinon Hospital and Tonna Hospital and these upgrades will account for a 12% reduction in emissions across the estate.
These upgrades concentrate on energy conservation measures such as lighting, air handling and the building energy management system. The second phase saw us design install and operate the health board’s solar farm which would supply zero-carbon electricity to the nearby Morriston hospital.

Technological advances in indoor and outdoor lighting make upgrades and replacements particularly attractive as they bring numerous advantages.  The Health Board’s hospitals still made use of older fluorescent light fittings and replacing these with more efficient LED alternatives we were able to:

Overall we replaced 12,880 light fittings with modern LED lights across 8 sites and this work was done in a live hospitals, during the Covid pandemic, demonstrating our ability to work within client guidelines and work in partnership to minimise disruption.

These works will reduce the Health Board’s electricity usage by almost 3.75 million kW hours as well as saving them in excess of £500,000 per annum.

Depending on the age of the estate, there can often be an opportunity to upgrade the ventilation system fans as newer version are much more efficient.  Of the 116 ventilation units surveyed across Morriston and Singleton Hospitals, 67 were identified for replacement.  These units were AC belt-driven scroll type designs which were approaching “end of life” and they lacked functionality to interact with the Building Energy Management System.

In addition to replacing the outdated fans, we also connected the new air handing system to the BEMS via a Modbus Network, improved the controls and upgraded the controls strategy.  A module had been fitted to each new fan to enable adjustments to speed to optimise efficiency and comfort levels.

In addition to the solar farm we identified additional opportunities to install rooftop solar PV panels in five locations.  These were all located on the Singleton Hospital Campus and generate 177kWp.  This sees over 170,000 kW hours of zero-carbon electricity produced each year.

As well as the rooftop solar installations we installed the supporting infrastructure which included inverters and electrical connections which terminate within the existing 3-phase electrical switchboards located in each building.  The system is connected to the grid, but it is estimated that the hospital will use 95% of the electricity generated by this installation.

This solar PV installation alone will generate over 47 tonnes of carbon savings whilst saving almost £20,000 per annum in costs.

As hospital estates can differ in size, age and technology it is important to treat each project on an individual bases and create bespoke solutions which benefit the clients the most.  The Health Board has a steam distribution network and as part of our works we surveyed this in the hope we could find areas for improvement.

We discovered, during a survey of the steam traps, that several were faulty.  To be efficient they need to trap the steam, whilst releasing the condensate formed.   This condensate is essential to an efficient system as it is returned to the boiler feed tank, thus saving energy, water and treatment costs.

A faulty steam trap wastes energy by passing distributed steam back to the boiler house or into the atmosphere.  This small fault reduced efficiency so drastically that this upgrade more than paid for itself in the first 12 months, with the CAPEX cost being just £12,000, but saving over £21,000 per year.

Vital Energi are delivering a new 4MW solar PV installation for Swansea Bay University Health Board at Brynwhilach in a partnership which will reduce the Health Board’s carbon emissions by over 20,000 tonnes.

The solar farm, which is being delivered through the Re:fit framework, will see almost 10,000 PV panels installed over an area of 20,000m² and, when operational, will supply over 3.5 million kWh of zero-carbon electricity to Morriston Hospital via a 3km private wire network.

Once again, we are underpinning the project with an energy performance contract which guarantees the scheme will perform as designed and the Health Board can be confident carbon and financial targets are met.  This absorbs significant risk on behalf of the client and brings stability to energy costs which are an area which can see significant variation when supplied via the grid.  In addition to the carbon reduction the project will save £439,000 per annum in electricity costs.

As well as designing and installing the solar farm, Vital Energi will also undertake long-term operation and maintenance duties on the project, which has increased significance as it is the first time a Welsh Hospital has invested in a large-scale solar farm.

The project will be the first time that a Hospital in Wales will be supplied by a Solar Farm it owns.