The University of St Andrews

The University of St Andrews employed us to deliver a £3.75m energy conservation overhaul to reduce their carbon footprint by 950 tonnes a year and save £650,000, a year in operating costs. The NDEE project saw improvements made to 30 University buildings representing in excess of 190,000m2 of floor space. The buildings were selected as they represent the highest energy usage across the campus, which equates to approximately 85% of the University’s annual energy spend.

The University of St Andrews have stated their ambition to become a carbon net-zero institution for all operational carbon by 2035.  This initially saw Vital Energi work in partnership with the University to deliver the £26m biomass energy centre and district heating network and, more recently, a £3.7m package of energy conservation measures through the NDEE Framework. 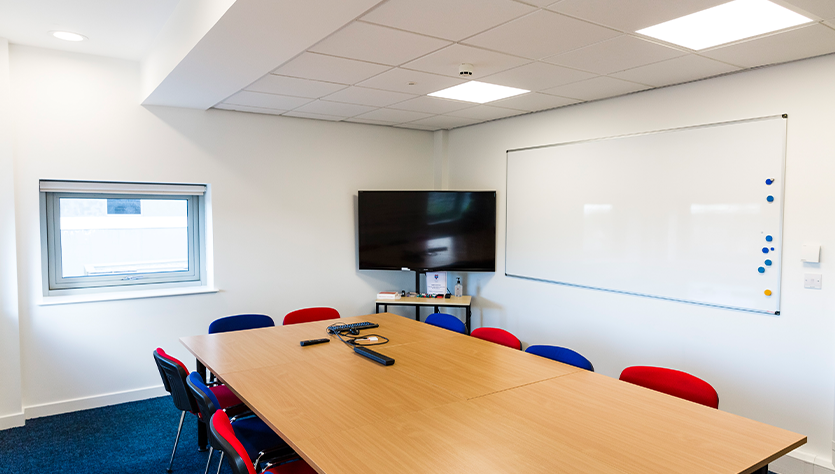 The buildings selected had a combined floor area of approximately 190,000 square feet and we compiled an Investment Grade Proposal in which we detailed the recommended measures for each of the buildings and demonstrated the carbon and financial savings that would be generated.

As these figures are underpinned by an energy performance contract, which guarantees minimum results across a range of KPIs, and the funding is administered by Salix, this procurement route offers organisations a low-risk opportunity to overhaul their energy infrastructure and achieve budget stability.

Whilst there was considerable scope for improvements, the project also presented some significant hurdles.  Not least the fact that all the buildings were operational, with some being in use 24/7.  This resulted in our delivery team working with staff and premises personnel to put together a programme which reduced disruption, whilst maintaining high levels of health and safety.

This ambitious project, delivered by our partners Vital Energi, will enable the University to significantly improve energy efficiency and to reduce its carbon emissions in support of our strategy to achieve carbon net zero by 2035, while allowing us to reduce spending on energy to release funding to invest in world-class education and research in these difficult financial times.”

The University’s building stock presented several exciting opportunities to deliver large financial and carbon savings and our engineers were able to identify three upgrades the distribution infrastructure which would result in 524 tonnes of the overall 950 tonnes of CO2 reduction per year.

St Salvators Halls of residence was served by temporary oil boilers at the Irvine Boiler House. These temporary boilers and oil tanks had significant hire costs.  Additionally, they had little insulation on external piping causing excessive heat loss and poor control, but the system was in use 24 hours per day, seven days per week to provide heat for residents.

Our engineers proposed a new district heating system to serve a selection of University buildings, which would be served by a CHP engine and condensing boilers and could be installed in the existing Arts plant room.  The solution provides heat and hot water to the Arts & Library, Irvine and United Colleges and St Salvators buildings with each of these connected via a buried district heating network.

Another substantial opportunity was identified in the Physics building where an existing 500kWe CHP was installed, but not running.  Our engineers reinstated the CHP engine which was then able to generate electricity on the North Haugh private wire HV network as well as delivering heat to the local Physics and MSB building heating systems.

The final generation solution involved the installation of Solar Photovoltaics arrays.  This technology was already prevalent throughout the University’s estate and as solar PV allows a way of generating electricity with no associated carbon, there was an opportunity to install a roof mounted 100kWp PV array on the Phase 3 sports centre roof.  This alone will save over £10,000 in energy savings and 33 tonnes of CO2 per year.

Alongside the new district heating network, we saw the potential to improve the existing heating distribution systems in order to deliver a more efficient and stable heating system throughout.

This improvement was achieved by upgrading the secondary heating distribution and control systems and integrating primary and secondary heating controls to create a more effective heating network. The key upgrade to the existing heating distribution systems was changing from a fixed volume to a variable volume system, which included the installation of variable speed pump drives (VSD) and 2 port pressure independent control valves (PICV). This enables return temperatures to be reduced and increases flow and return temperature differential to create a more efficient system.

These improvements represented significant value for money, costing approximately £188k and generating over £50k per annum in savings, achieving payback in just 3.6 years.

Advances in technology means that products which were state of the art just a few years ago are now substantially outperformed by more modern versions.  This created an opportunity to upgrade the air handling units which were belt driven centrifugal supply and extract fans.  By replacing these with high efficiency direct drive motor-fan units we were able to save over £50k per year and save over 170 tonnes of CO2.

Lighting is often productive ground for identifying improvements, especially if an organisation’s lighting infrastructure is fluorescent or incandescent as new LED lighting is significantly more energy efficient.  We upgraded a wide selection of the University’s existing lighting installations with LED luminaries in selected buildings, replacing the existing fittings and reducing running costs by 50-60%.  An additional benefit of this work is that light quality is improved, along with enhancing the aesthetics of replacing dated fittings with more modern designs.

Whilst there are some improvements, such as lighting, which are common to many projects, each building throws up its own opportunities and challenges.  Our engineers excel at identifying improvements which are unique to a building and sector, and at the University of St Andrews the Laboratories offered some specific opportunities for improvements.

The University of St Andrews, like many advanced scientific research facilities, has many fume cupboards throughout its campus.  Fume cupboards use high amounts of energy to maintain a safe working environment; however, using smart controls and with safe adjustment to operating conditions we were able to substantially reduce this.

We identified a number of fume cupboards which benefitted from reducing the airflow by installing sash auto-close mechanisms, passive infrared presence detection and a reduced safe working height of 400mm.  On other systems we identified that reducing the sash safe working height from 500mm to 400mm would produce efficiencies.  This work will save 160 tonnes of CO2 and £57k of energy costs per year.

The University has a number of specialist laboratories and we performed thorough assessments of the equipment and hardware employed in these areas to identify opportunities.

An intelligent building energy management system (BEMS) can deliver large savings by ensuring your energy scheme is operating at peak performance.  We were able to optimise the existing BEMS by making changes to the heating, ventilation and air conditioning systems which were delivered using three core elements.

The project went live in November and our operations and maintenance will undertake continuous measurement and verification to maintain all KPIs under an energy performance contract.